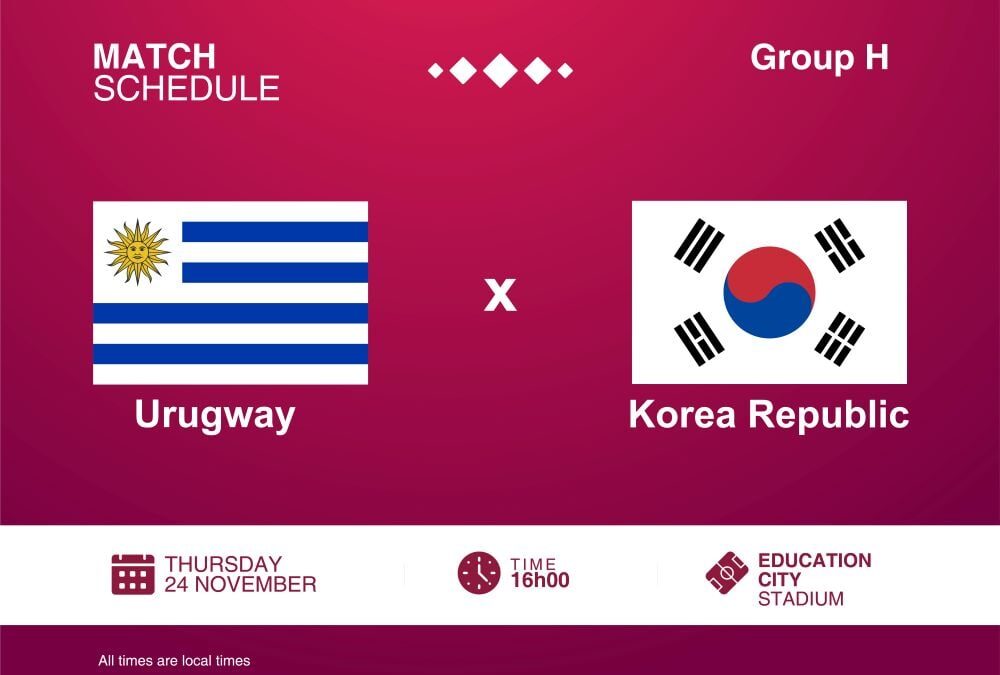 The first match of the World Cup 2022 Group H will be played between Uruguay and South Korea.

Let’s have a look at the match details and find out who will win together!

When and where will the Uruguay vs South Korea  match be played?

Uruguay have participated in 13 World Cup final tournaments so far (2022 not included). They are the first and 2-time World Cup champions, winning the title in 1930 and 1950.

Uruguay Squad for the World Cup 2022

South Korea have played in 11 World Cup final tournaments. The team made their debut appearance in 1954. Their best performance is fourth place at the World Cup  2002, which they co-hosted with Japan.

Asian giants South Korea will be the opening test for Uruguay who take an experienced side to this World Cup tournament. The two teams met 8 times so far, 6 of which Uruguay won.

Uruguay are expected to qualify along with Portugal from the group, and will try to finish in the 1st place to avoid Brazil.

What about South Korea,in Russia they beat Germany to deny them a place in the last 16. They’ll go till the end to qualify for the next round, mainly fighting against Portugal and Uruguay. So, a draw is a potential outcome here.

Let us know your thoughts about this match in the comments!