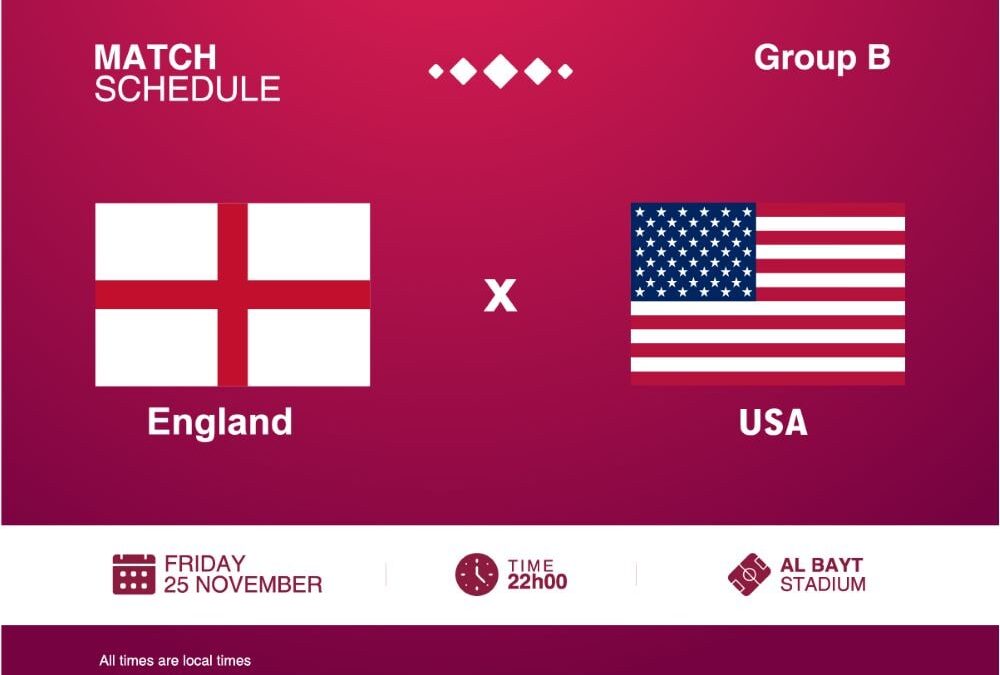 In the World Cup 2022, after an impressive victory over Iran, England are ready to overcome another team, this time the USA. Can they do that or will the US get some points in this match?

Let’s have a closer look at this match, what to expect from it, who has better chances to win.

When and where will the England vs USA match be played?

In the first match of Group B, England won against Iran 6-2 in an exciting match. Both teams showed attractive and active football and the score speaks about that.

After this win, England are the first in the group, with 3 points.

USA played a 1-1 draw against Wales in the 1st Group Stage match. To the goal of Weah, Wales responded with Gareth Bale’s 82 minute penalty. After this match, both teams got 1 point and share 2nd and 3rd places in Group B.

Historically, England is stronger than the USA. So far, teams have faced each other 11 times, and 8 times England was stronger. In the World Cups, teams faced once, in World Cup 2010, where they played a 1-1 draw.

In addition, despite England’s poor performance in the Nations League, they are one of the main favorites to win the tournament, and they showed this also in the 1st match beating Iran 6-2, with an outstanding game.

So, both, historically and with the current form and the squad, England are obvious favorites here .. Until we see one more surprise during this World Cup.

And will we see another surprise or an awaited win by England, we’ll know on Friday, 25 November!

By the way, who do you support?