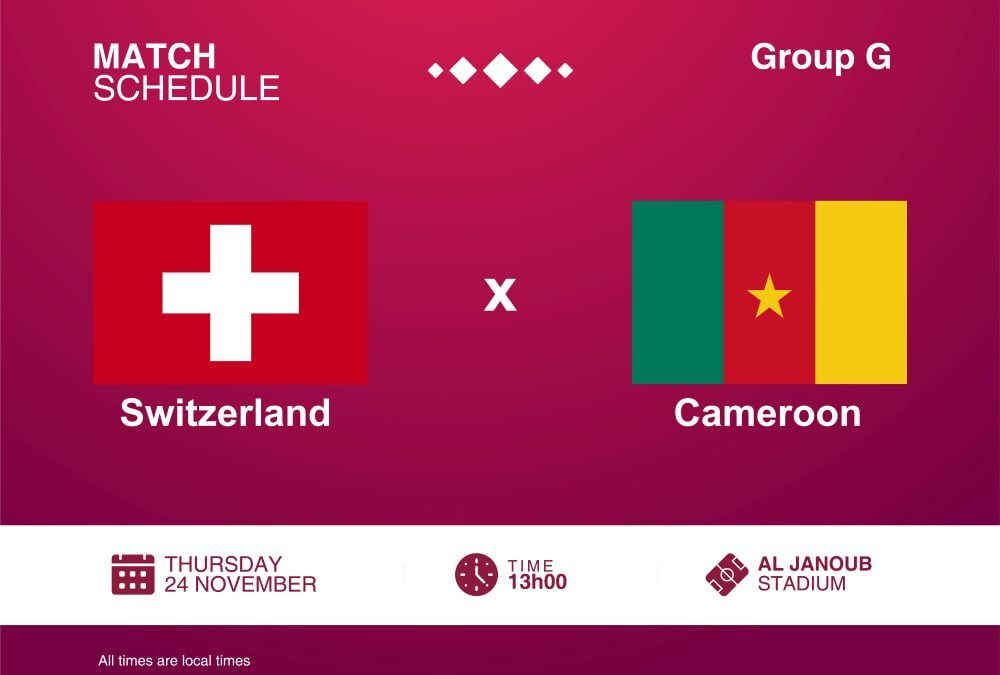 The first match of the World Cup 2022 Group G will be played between Switzerland and Cameroon.

Let’s have a look at the match details and find out who will win together!

When and where will the Switzerland vs Cameroon match be played?

Switzerland have played in 11 World Cup final tournaments, the first being in 1934, where they finished in seventh position. The best result was reaching the Quarter-finals 3 times, in 1934, 1938 and 1954.

Switzerland Squad for the World Cup 2022

Cameroon have played in 8 World Cup final tournaments, the first being in 1982. In 1990 Cameroon reached the quarter-finals before being defeated 3–2 by England. It’s the best result in their history.

Cameroon Squad for the World Cup 2022

These teams will play against each other for the first time. Having Brazil in their group, both teams will try to win the opening match.

Switzerland are the favorites in this match. They beat Portugal 1-0 in June, before winning 2-1 away in Spain in September in the UEFA Nations League.

On the other side Cameroon, who enter the action in Qatar on the back of 4 winless international outings, the last two of which they played draws against Jamaica and Panama.

Let us know your thoughts about this match in the comments!