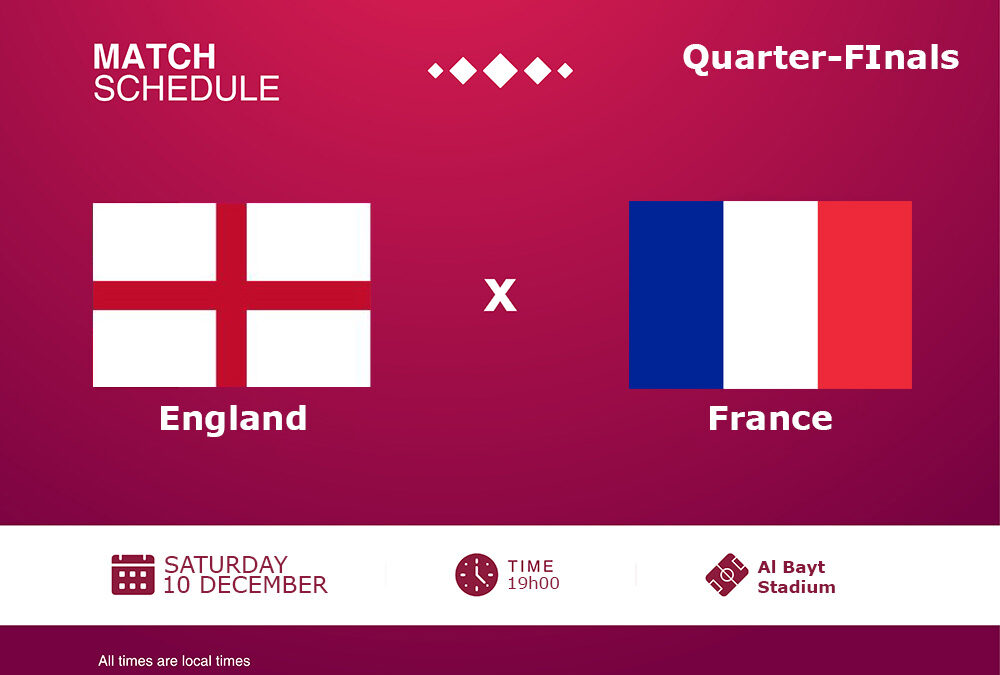 In the World Cup 2022 Quarter-finals, one of the tournament favorites, France will face the sensation of this tournament, England, who have already sent home Spain and Belgium.

When and where will the England vs France match be played?

England topped Group B with 7 points and beat Senegal 3-0 in the Round of 16.

Top match of the Quarter-finals, England vs France will be played on December 10. This match could easily be the final, however, only one of these teams will get the chance to fight for the ticket to the final.

On the first side we have England, top favorite to win the tournament. So far, England have shown a confident, outstanding performance, and productive results.

On the other side are France, current World Cup champions. Though against many predictions, France keep showing remarkable performance.

Both teams have world class starting, with Harry Kane and Marcus Rashford being in the center of attention. Rashford has already scored 3 goals in this tournament. Mbappe went further; he already has 9 goals in World Cup final tournaments, being just 23.

To speak a bit about history, these teams have met 31 times before. 17 wins for England, 9 wins for France and 5 draws. Also this time England are favorites. They’ll do everything to progress and get better result than in the EURO 2020, where they lost to Italy in the final.

Watch the match England vs France on 10 December, Saturday and will get the answer to this question!

Meanwhile, who’ll win this match and qualify for the next round? Share your thoughts in the comments!