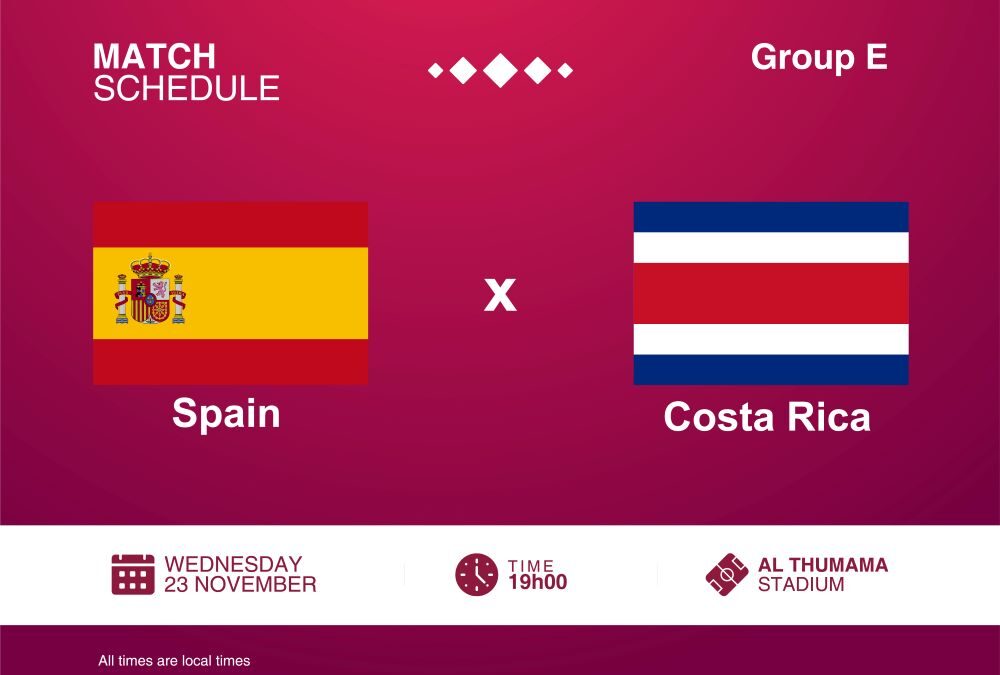 The 2nd game in the first round of Group E is the Spain vs Costa Rica duel, scheduled for Wednesday, 23 November.

When and where will the Spain vs Costa Rica match be played?

Spain is one of the 8 countries to ever win the World Cup, in 2010, the first time the team had reached the final. Overall, Spain played in 16 World Cup final tournaments.

Spain Squad for the World Cup 2022

Costa Rica participated in 5 World Cup final tournaments (2022 will be the 6th). The first one was in 1990. Costa Rica had its best performance at a World Cup 2014, where they reached the Quarter-finals.

Spain have won 3 of their last 4 matches with a clean sheet. On the other hand, Costa Rica have been in decent form lately but they haven’t faced a quality opposition like Spain during that time.

But who will win? We’ll see on Wednesday!