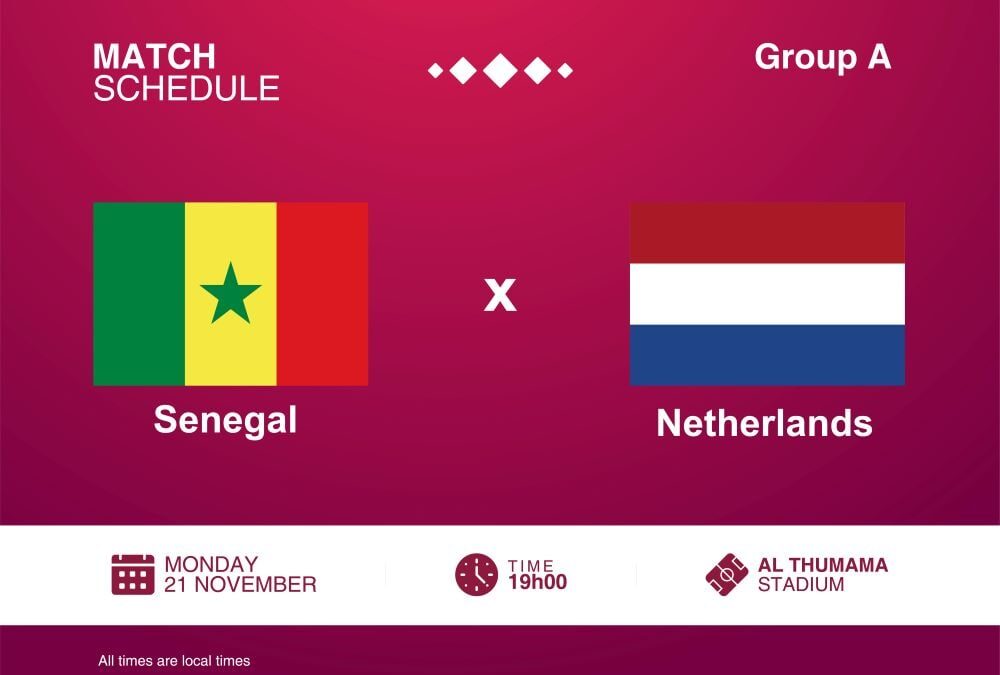 After missing the World Cup 2018, one of the top countries, Netherlands, are back and they will face Senegal in the first group stage match.

With the hunger to win more than ever, Netherlands will give maximum to start the tournament with positive notes.

Senegal have played in 2 World Cup final tournaments, in 2002 where they reached the quarter finals, and in 2018. They were the first team in World Cup history to be eliminated using the fair play rule after being tied with Japan on the first six tiebreakers.

Senegal Squad for the World Cup 2022

After appearing in 2 consecutive World Cup finals in 1974 and 1978, the team had their biggest World Cup streak in the 1990s, reaching three straight tournaments. In 1990, Netherlands reached the Round of 16.

In 1994 Netherlands was eliminated by Brazil in the quarter-finals, and in 1998 lost to Brazil in the semi-finals and Croatia in the third-place play-off. In 2006, Netherlands lost to Portugal in the Round of 16, a game known as the Battle of Nuremberg. In 2010 the team reached their third World Cup final, this time losing to Spain.

In the 2014 World Cup, Netherlands got their first third-place finish, and they didn’t qualify for the World Cup 2018.

Netherlands Squad for the World Cup 2022

Netherlands certainly have the goals in their side to go far in this tournament but they often struggle at the back which could cost them victory in later stages. On the other side, Senegal will try to create difficulties for the Netherlands and get at least 1 point in this match.

These two countries have never played against each other, the Netherlands are the clear favorites to win this match.

Will 2022 finally be the year in which the Netherlands win its first World Cup?

Let us know your thoughts in the comments!