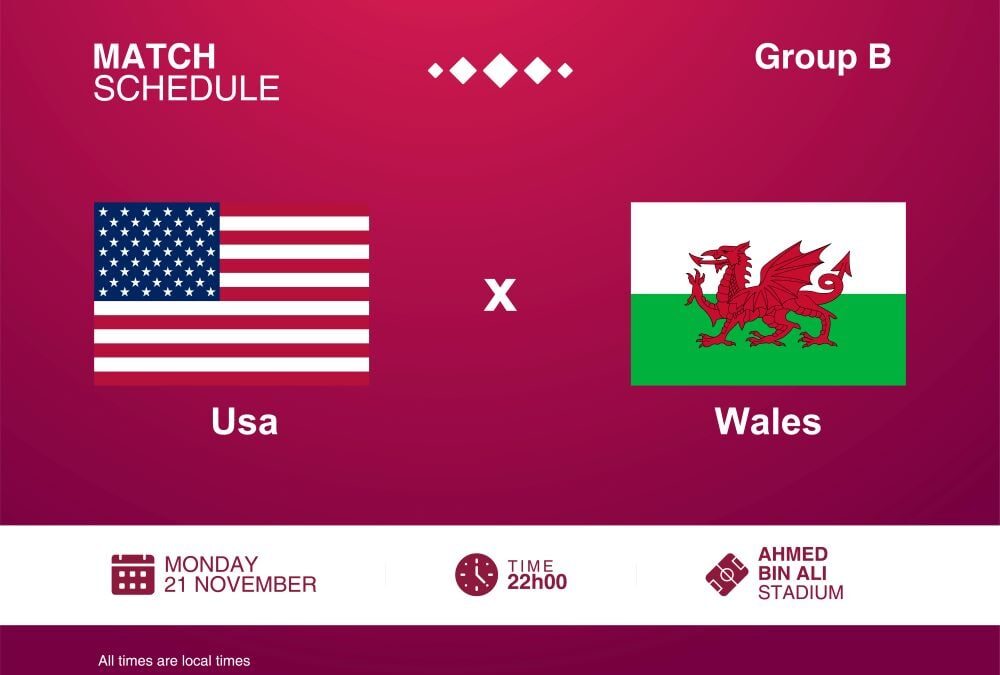 Wales will play their first World Cup final tournament in 64 years and they will face the USA in Al Rayyan in their Group B opener.

In the meantime, the US are back at the World Cup finals after missing the 2018 tournament.

As host in 1994, the U.S. received an automatic berth and lost to Brazil in the round of sixteen. They qualified for the next five World Cups. The U.S. reached the quarter-finals in 2002.

Wales has entered all the World Cups since 1950, but has only qualified for two finals tournaments, in 1958 and 2022. In 1958, they reached the quarter-finals and lost to eventual winners Brazil.

Wales Squad for the World Cup 2022

The USA will start what they hope to be a successful run against Wales. They missed out on the 2018 tournament, but they have a young and talented team with hunger to win.

Wales also should be wildly motivated, as it’s their first World Cup in 64 years. Wales made the quarterfinals in 1958, while the USA have reached the knockout round 4 times.

The USA had an up-and-down qualifying run but a 0-0 draw with Mexico and an emphatic 5-1 victory against Panama secured them a spot.

Wales beat Austria 2-1 in a UEFA qualifying playoff semifinal then pulled off a 1-0 victory in an emotionally charged final against Ukraine.

The USA are considered to have a bit more chances to win the match. Though, it’ll be tough, as Wales will do everything to win their 1st World Cup match in 64 years.

What do you think, how will this match end? Let us know in the comments!