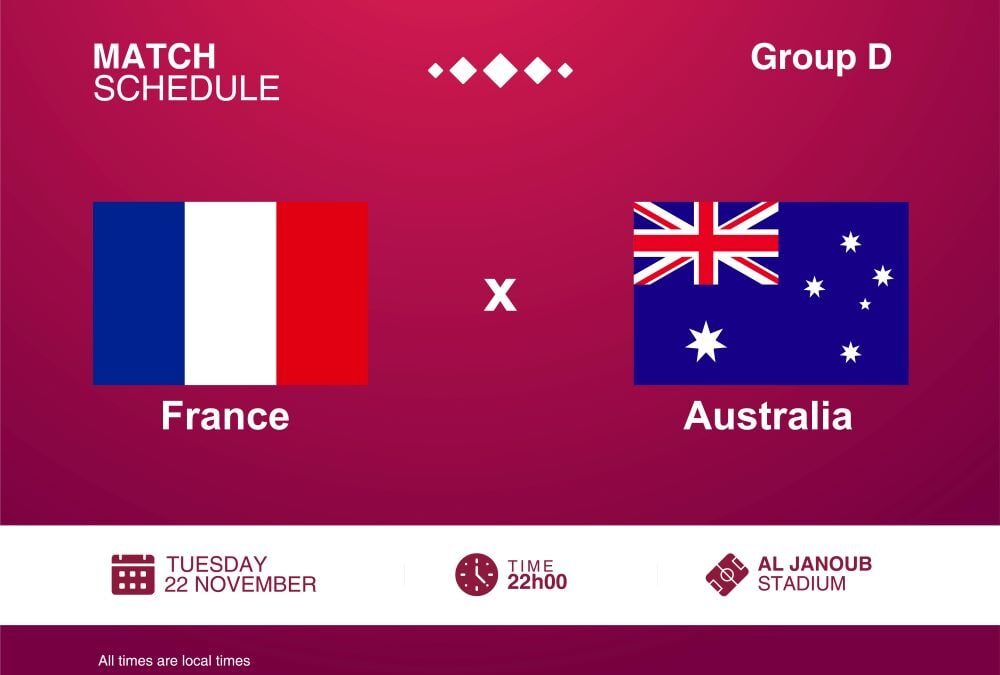 Current World Cup champions and one of the tournament favorites, France, will start their journey in the World Cup 2022 with the match against Australia.

France went all the way in Russia 4 years ago and won it and this time they will try to keep the title, while Australians will try to qualify for the next round this time.

So, let’s have a closer look at this match, what to expect from it, who has better chances to win, etc.

France was one of the four European teams that participated at the first World Cup in 1930 and have appeared in 15 World Cup final tournaments. Besides, France is one of the 8 teams to ever win the World Cup title.

France Squad for the World Cup 2022

In the first appearance, Australia left the 1974 tournament without scoring a goal. In 2006, they qualified for the Round of 16 and lost to Germany.

Australia Squad for the World Cup 2022

After winning the World Cup 2018, France also won the UEFA Nations League, however,  after that things went wrong for them.

First, they were eliminated from Euro 2020 round of 16, then they had a gloomy performance in the 2022-23 edition, and were close to relegation to League B.

Besides, lots of off-the-field scandals and injury problems were walking next to the France National.

However, France are the defending champions, and even though they won only 1 of their last 6 matches, they are still considered one of the tournament favorites.

On the other side, Australia, who aren’t used to playing against this level of opposition and even failed to score in recent international matches against New Zealand and Saudi Arabia.

These teams faced each other 4 times so far and France won the last two matches in 2013 and 2018.

Also, this time France are the favorites to beat Australia and start the tournament on a positive note, but will Australia agree with this?