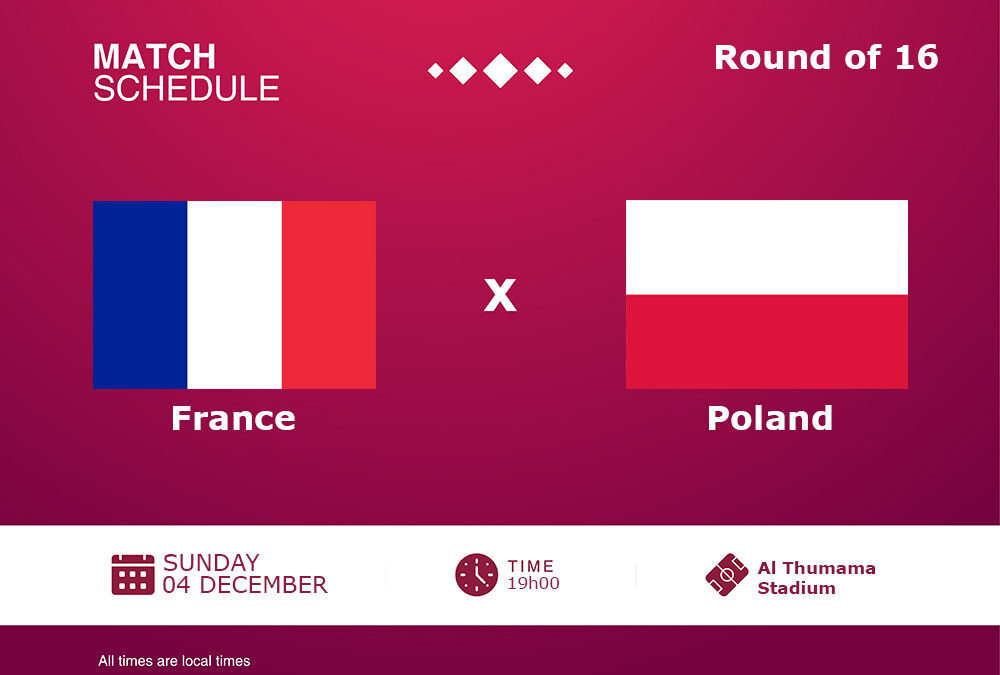 For a place in the World Cup 2022 Quarter-finals, Group D and current World Cup winners, France and Group C runners-up Poland will fight against each other.

Who’ll be stronger, will win and qualify for Quarter-finals?

When and where will the France vs Poland match be played?

Poland finished 2nd in Group C with 4 points in a tough fight, beating Saudi Arabia, losing to Argentina, and playing a draw against Mexico.

Traditionally, during the last tournaments, current champions don’t go further than the group stage, and France have already broken this anti record.

Besides, they have also shown that they still have hunger to win and will fight till the end, though some don’t count on them due to being current winners and not being motivated enough.

Poland have shown stability in some cases football, but not the whole potential, especially in attack they lack somehow.

France are considered favorites in this match, yet, the Polish team will not give them the victory, striving to move forward.