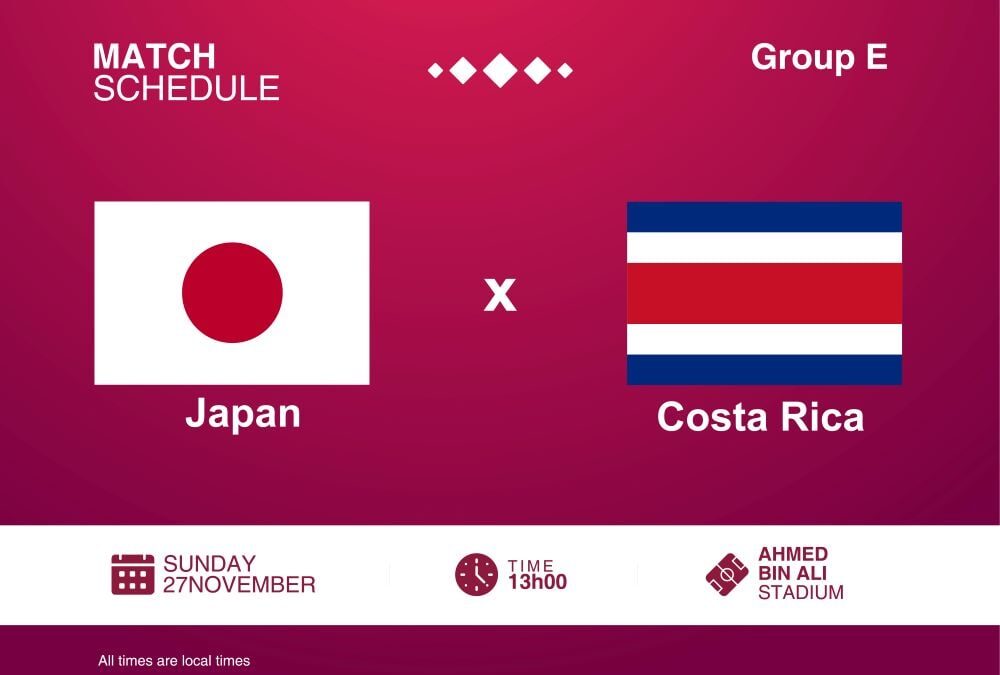 In the 2nd Group Stage matches of the World Cup 2022, Costa Rica will face Japan on Sunday November 27.

What to expect from this match, who has better chances to win? Let’s have a closer look at the match details!

When and where will the Japan vs Costa Rica match be played?

In the first match, Costa Rica lost to Spain 0-7.

In the first matches, Japan caused the biggest surprise, beating Germany, on the other side, Costa Rica losing Spain 7-0.

Though Costa Rica has more chances to win, as if Japan already said his loud word, for Costa Rica, it’s probably the last chance to show something in this World Cup. That’s why we expect to see Costa Rica give it all and fight till we end for the 3 points.

How do you think this match will end? Share your thoughts in the comments!