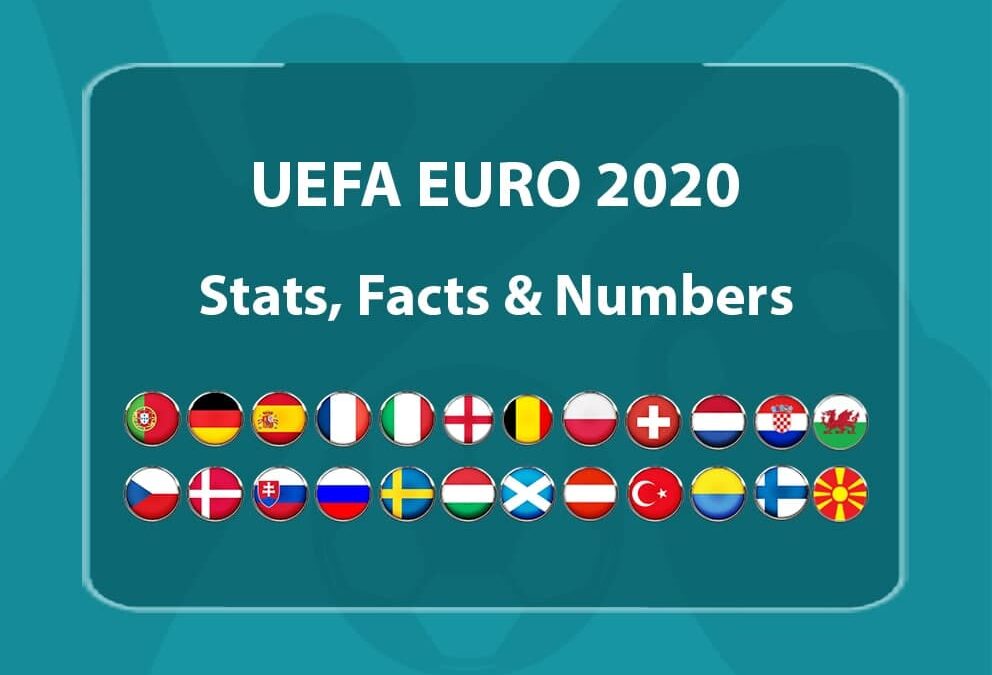 Due to COVID-29, we have seen the Euro 2020 to be rescheduled for this year. Hopefully, this time we will enjoy the football feast!

But before it starts, let’s find out everything you need to know to be ready for UEFA EURO 2020.

The UEFA EURO 2020 is set to be the 16th UEFA European Championship organized by UEFA.

The first match will be played between Italy and Turkey on 11 June 2021, at Stadio Olimpico, Rome.

Portugal are the defending champions, having won the 2016 competition.

For the first time, the tournament will be held in 11 cities in 11 UEFA countries.

For the first time, the video assistant referee (VAR) system will be used at the UEFA European Championship.

100 Most Searched Football Clubs on Google in 2021