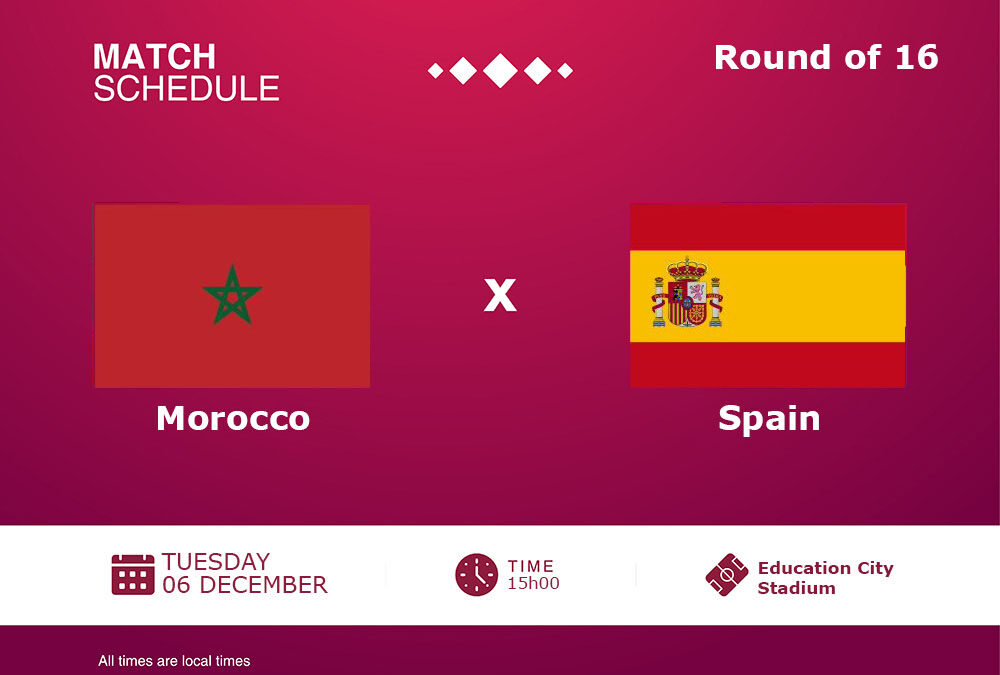 In the World Cup 2022 Round of 16, Group G winners, one of the main favorites of the tournament, Morocco will face Group H runners-up Spain, one of the hopes of Asia.

When and where will the Morocco vs Spain match be played?

Morocco topped Group F with 7 points, winning against Belgium and Canada, and playing a draw against Croatia.

Spain finished 2nd in Group E with 4 points, beating Costa Rica, playing a draw against Germany and losing to Japan.

On the first side are Morocco, who confidently topped the group, playing against current World Cup runners-up and one of the main favorites of the tournament, Belgium, sending them home.

With Japan, Morocco are the main sensations of this tournament, surprising everyone! They triumphed in the group and will surely try to get another success by overcoming Spain.

On the other side we have Spain. Some consider Spain as one of the main favorites of the tournament, the others are sure they’ll not go far this time. But, the fact is Spain keep fighting to become the champions.

This match is expected to end with a draw. But who’ll qualify for the next round? Old gold Spain or newly motivated and confident Morocco?

To these and other questions, we’ll get answers on Monday, 06 December.