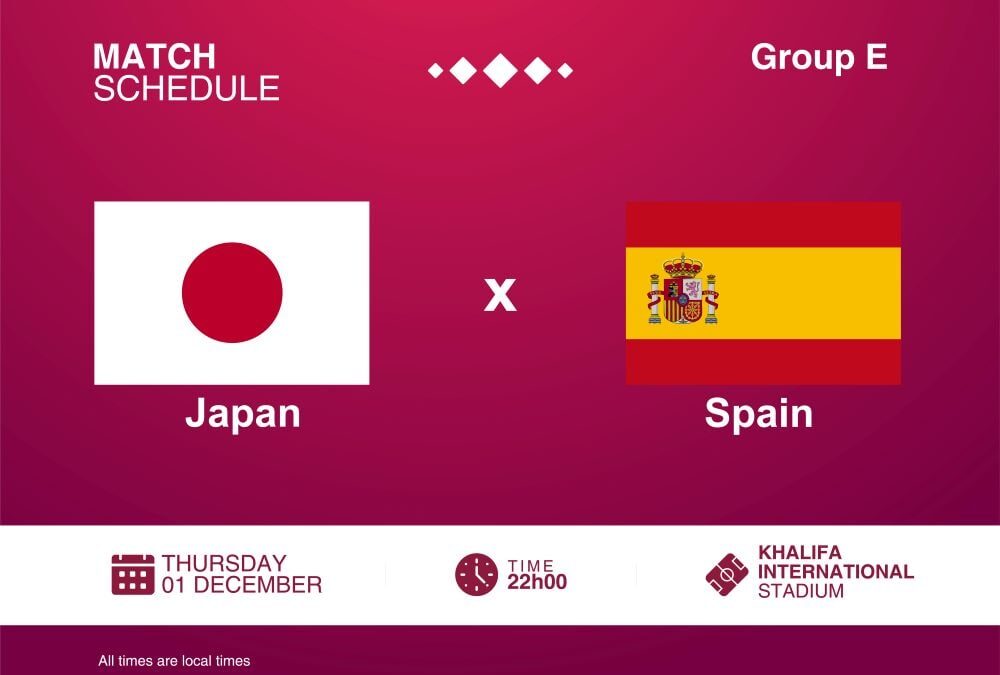 In the 3rd and decisive Group Stage matches of the World Cup 2022, Japan will face Spain on Thursday December 01.

Who will be stronger and who will qualify for the next round? Let’s try to find out together!

When and where will the Japan vs Spain match be played?

In the first 2 matches, Spain won Costa Rica 7-0 and played a 1-1 draw against Germany. With 4 points they are 1st in the group.

Japan got a great chance to qualify for Round of 16, after surprisingly beating Germany. Currently, they have 3 points, and even a draw could be enough for them if the other Group E match ends with a draw.

Spain are the favorites in this match and also to top the group. Currently, they are 1st with 4 points and even if they lose, they will not qualify only if Costa Rica beat Germany. In that case, we will see something shocking for the football world: from the group of death will qualify Japan and Costa Rica, and 2 favorites to win the tournament will be out of it.

However, this is almost impossible. So, who will qualify for the next round?