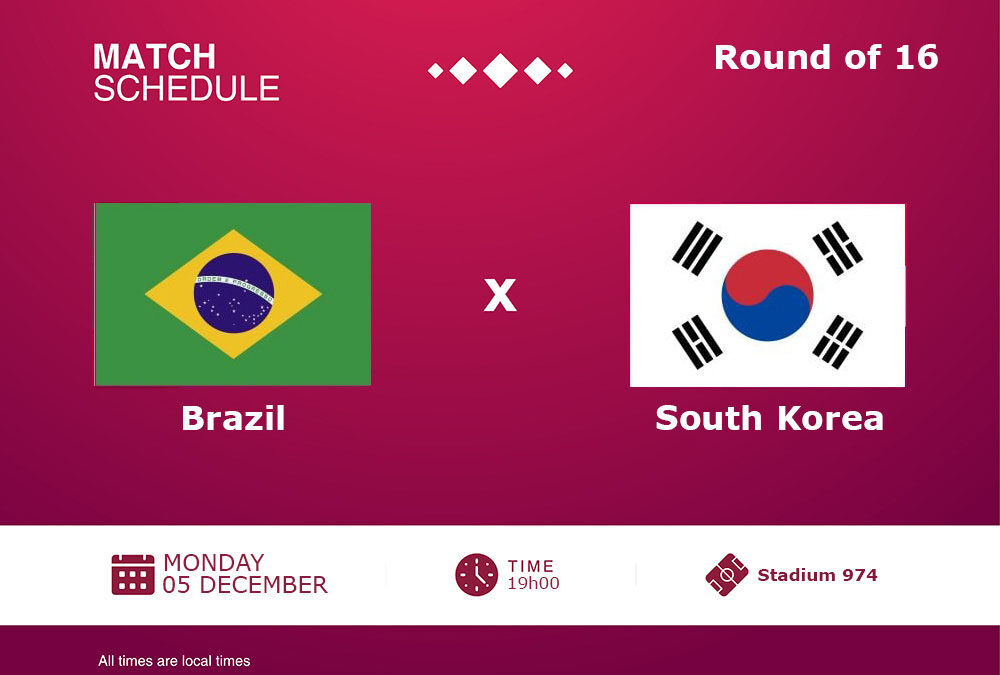 In the World Cup 2022 Round of 16, Group G winners, one of the main favorites of the tournament, Brazil will face Group H runners-up South Korea, one of the hopes of Asia.

When and where will the Brazil vs South Korea match be played?

South Korea finished 2nd in Group H with 4 points, beating Portugal, playing a draw against Uruguay and losing to Ghana.

On the first side are Brazil, who confidently topped the group, though they lost the last match, a match that already didn’t have any value for them.

On the other side are South Korea, who earned a place in Round of 16 with a late goal against Portugal in a match, where Portugal didn’t care about the result as they’d already qualified for the next round.

Before, these teams have met 6 times, 5 of which Brazil won. Also in this match Brazil are the favorites, though, South Korea are motivated enough and they have nothing to lose. So, they’ll fight till the last seconds of the match, which we have already seen in their last match.

And the top question here is, will Brazil keep fighting for their World Cup trophy or will South Korea overcome them?

To these and other questions, we’ll get answers on Monday, 05 December.