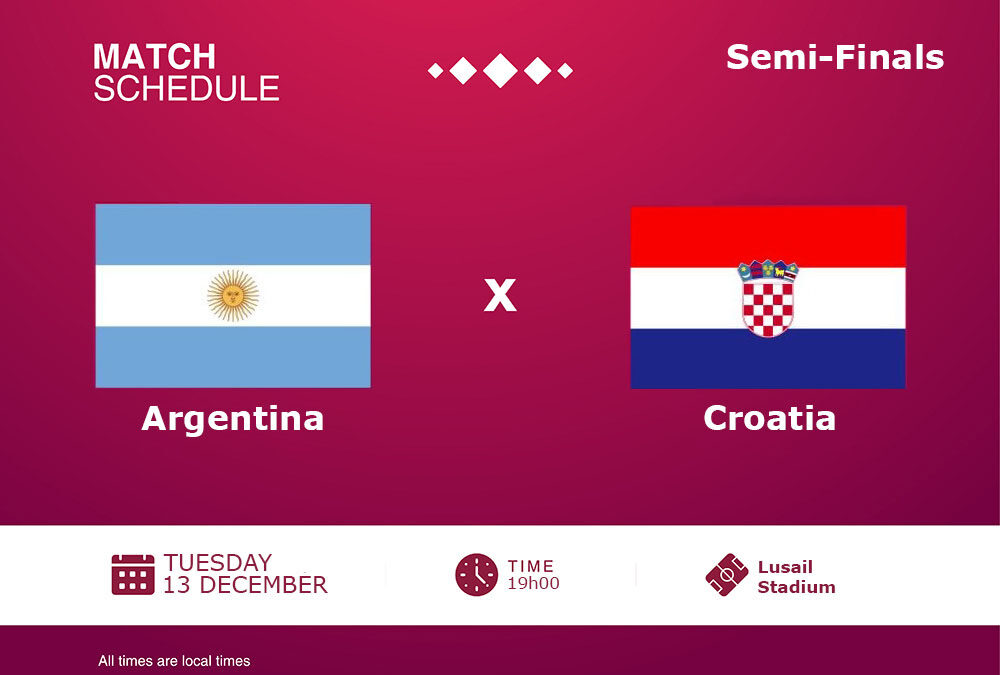 In the World Cup 2022 Semi-finals, one of the tournament favorites, Argentina will face Croatia.

Who’ll be stronger this time and reach the final?

When and where will the Argentina vs Croatia match be played?

Argentina reached the semi-final, after topping the Group C, beating Australia in Round of 16, and overcoming Netherlands with penalties.

Croatia reached the semi-final, after being the 2nd in the Group F, overcoming Japan with penalties in ROund of 16, and beating Brazil in Quarter finals again with penalties.

These teams met each other 5 times before. 2 times Argentina won, 2 times Croatia won, and 1 time teams played a draw.

Argentina came into the World Cup as second-favorites to win the tournament. Croatia are aiming to reach their second-straight title match, after falling just short at the hands of France four years ago.

Despite Croatia’s tactical masterclass against Brazil in the last round, Argentina are still considered favorites in this match.

So, how will the match end and qualify for the next round? Share your thoughts in the comments!