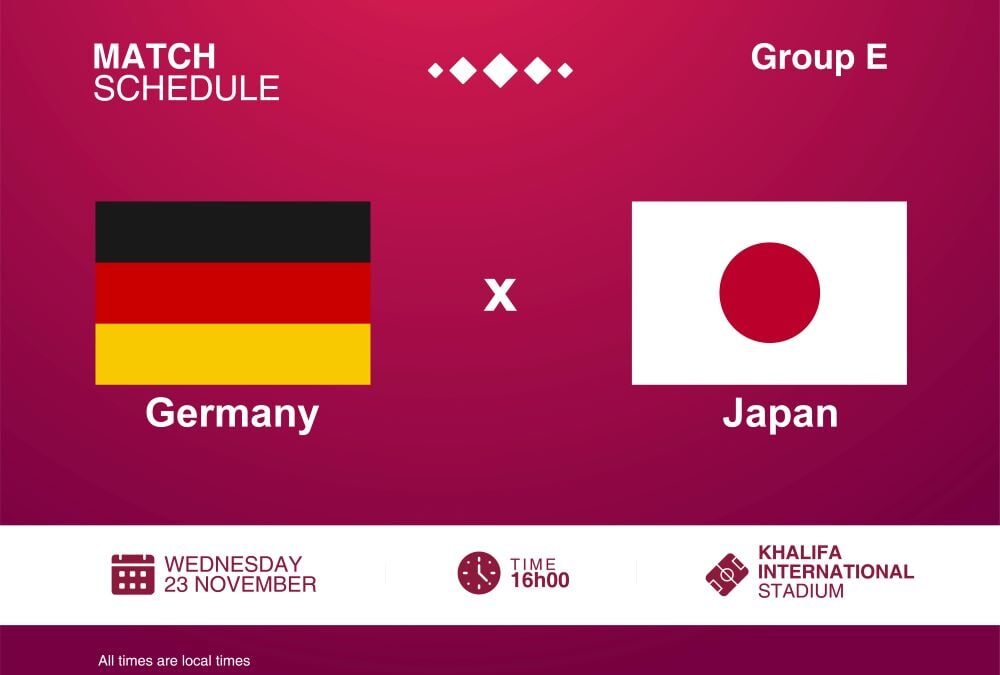 Group E will kick off with the match between Germany and Japan, which is scheduled for Wednesday, November 23rd.

One of the top favorites of the World Cup 2022, Germany, will start their journey with the match against Japan.

Let’s find out together all the details of this match!

When and where will the Germany vs Japan match be played?

Germany Squad for the World Cup 2022

Japan have appeared in the World Cup final tournaments 7 times, the first being in 1998 where they lost all three group games and finished in 31st position.

They will make their seventh appearance at the finals in the 2022 FIFA World Cup in Qatar. In the World Cup 2018, Japan became the first ever Asian nation to beat a side from South America, after they won 2–1 against Colombia in the group stage. The team made it to the Round of 16, but lost to Belgium, 3–2.

Japan Squad for the World Cup 2022

Germany won two of their last four matches in all competitions. Three of Japan’s last six matches have ended with at least three goals being scored.

And, despite their current form being a little inconsistent, Germany are the favorites.

It’s expected that they will continue their World Cup opener record, with 7 wins in the last 8 first group stage games.