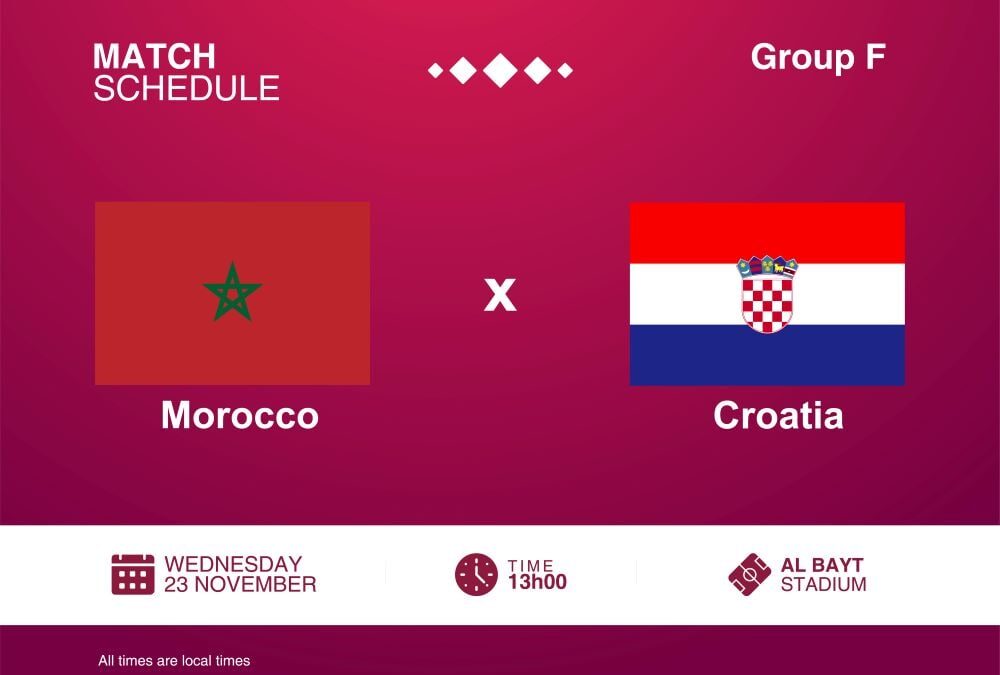 Croatia and Morocco will start the World Cup 2022 journey on Wednesday, playing against each other.

We are waiting for an exciting match between these two, but who will win in the end? Let’s find out together.

When and where will the Morocco vs Croatia match be played?

Morocco Squad for the World Cup 2022

Croatia Squad for the World Cup 2022

On the first side, Morocco, which qualified with a perfect record, by winning all 6 group stage matches. This will be their 6th World Cup, with their first appearance being in 1970. Their best finish has been the Round of 16, in 1986. 2018 was their first World Cup in 20 years.

On the other side, Croatia, who finished on the top of their qualifying group. They finished as runners up in the last World Cup 2018, losing to France in the final, which was their best finish in the tournament.

Though Croatia has more chances to win this match, Morocco have some standout players who can cause problems for Croatia.