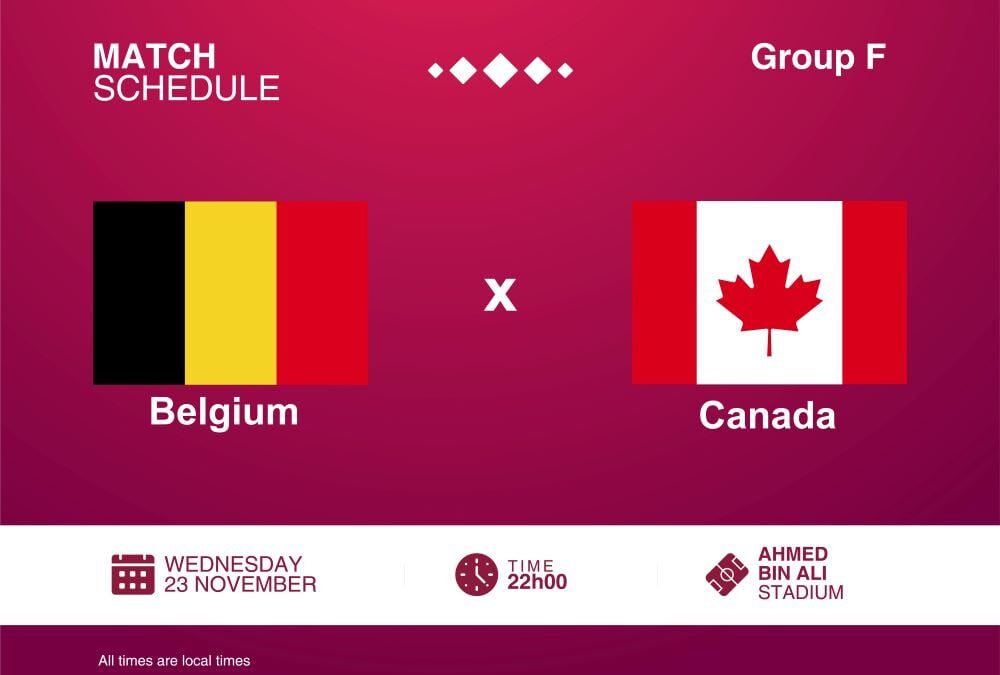 The last game for Wednesday, November 23rd at the World Cup in Qatar is the second duel of the first round in Group F between Belgium and Canada.

We are waiting for an exciting match between these two, but who will win in the end? Let’s find out together.

When and where will the Belgium vs Canada match be played?

Belgium have appeared in 14 World Cup final tournaments, the first being at the first World Cup in 1930 where they finished in 11th place.

Traditionally, Belgium’s greatest rival is the Netherlands. The two countries have met each other twice in the history of the FIFA World Cup, with one win for Belgium and one draw. The team that has played the most against Belgium in the finals is the continuum USSR-Russia: five times, with three victories for Belgium and two for the Soviet Union.

Belgium’s best finish in the World Cup is third, at the Russia 2018 tournament.

Belgium Squad for the World Cup 2022

Canada have played at 1 World Cup final tournament, back in 1986. In 2022, Canada qualified for the World Cup for only the second time in history, ending a 36-year drought.

Canada Squad for the World Cup 2022

On the first side is Belgium. Finishing 3rd at World Cup 2018 was Belgium’s best performance in World Cup tournaments. After that, the team reached quarter-finals in Euro 2020 and they were 2nd in their group in Nations League, so they can be optimistic ahead of the upcoming World Cup 2022.

On the other side is Canada. The last and only time Canada played in the World Cup was in 1986. Now Canada will appear at the World Cup for the second time in their history, which is a huge result for them, but their chances of getting out of the group are once again very slim.

With this said, Belgium is the obvious favorite of this match. But, could we see any surprise from the Canadian side?