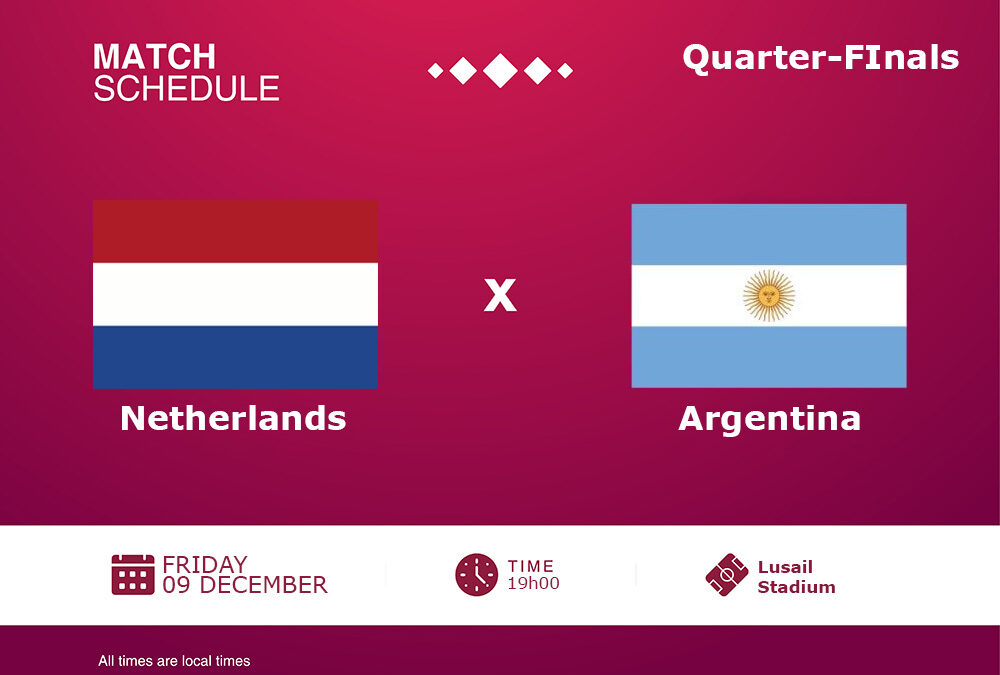 When and where will the Netherlands vs Argentina match be played?

Netherlands topped Group A with 7 points and beat USA 3-1 in the Round of 16.

Argentina was 1st in Group C with 6 points and in the Round of 16, they won Australia 2-1.

What do we have here? 2 giants fighting for a place in Semi-finals. These teams have met 9 times so far. Netherlands have won 4 of them and 3 wins have Argentina. In the World Cups, we see 2 wins for each team and 1 draw. The last 2 matches have finished with a goalless draw.

Last time it was back in the World Cup 2014 semi-finals, when teams played a goalless draw and Argentina reached the final with penalties.

Netherlands are considered the favorites of this match, though it will be more than difficult to beat Argentina.

So, will Netherlands overcome Argentina, and keep fighting for their dreamed World Cup title, or will Argentina beat them and keep going for their 3rd trophy?