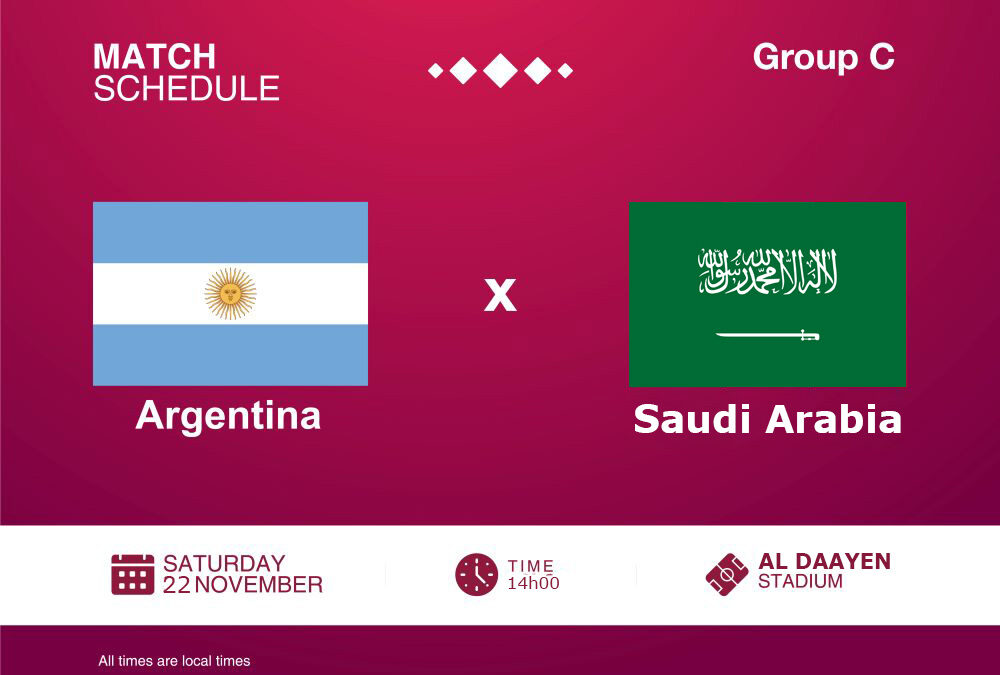 The main favorites of the tournament, Argentina, will start their journey in this tournament on the 3rd matching day, with the match against Saudi Arabia.

Argentina are unbeaten in competitive matches since losing to Brazil in the Copa America 2019 semi-final, while Saudi Arabia are the second-lowest-ranked nation at the World Cup 2022.

When and where will the Argentina vs Saudi Arabia match be played?

Argentina Squad for the World Cup 2022

Everyone is waiting to see Lionel Messi performing in his 5th and most probably last World Cup tournament. And many dream to see him lift the cup on December 18.

Yet, the journey is long and will start on Tuesday with the match against Saudi Arabia.

On the one side Argentina, unbeaten since the Copa America 2019 final. On the other side, Saudi Arabia, who though are one of the smaller teams, yet will fight hard to get a point against Argentina.

Argentina are the clear favorites in this game, and any other result will be considered as shocking.