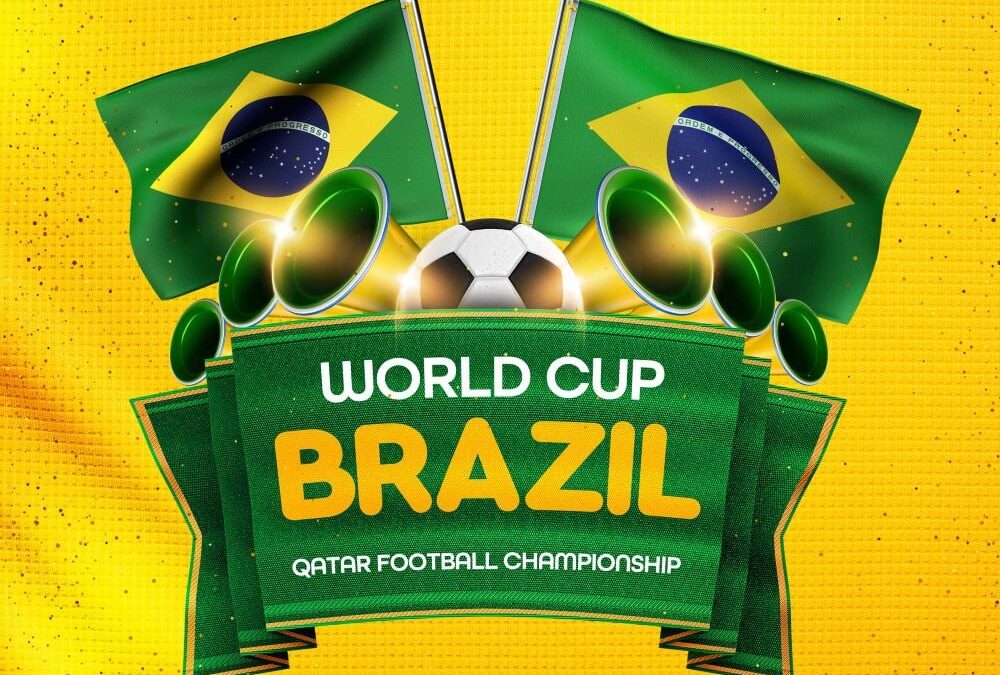 The top sports event is already underway and the 5-time World Cup Champion, Brazil, have already shown their strength, by winning the 1st match against Serbia 2-0.

64 top nations are competing for one mission: to become the World Champions. In theory, each of the 64 countries has a chance to win the World Cup, some more, some less. Yet, some are with the highest potential to lift the World Cup trophy in the end, and one of them is Brazil.

So, let’s take a look at the reasons why Brazil can win the World Cup 2022.

The first appearance of Brazil in the World Cups was in 1930, and they are the only country to play in all 22 World Cup final tournaments.

Brazil! They are always among the top favorites, no matter in what form they are. The most successful National team in the World Cup is in quite impressive form. From their last Copa America 7 matches, they won 5, played a draw, and lost to Argentina. Besides, Brazil have also won the 1st group stage match against Serbia.

One of the main reasons why Brazil can win the World Cup is that many expect that after 20 years and Italy, Spain, Germany, and France victories, a non-European National will finally win the title.

2nd, if we look at the stats, Brazil will surely reach the Quarter-finals, and in the next rounds their potential top opponents are: