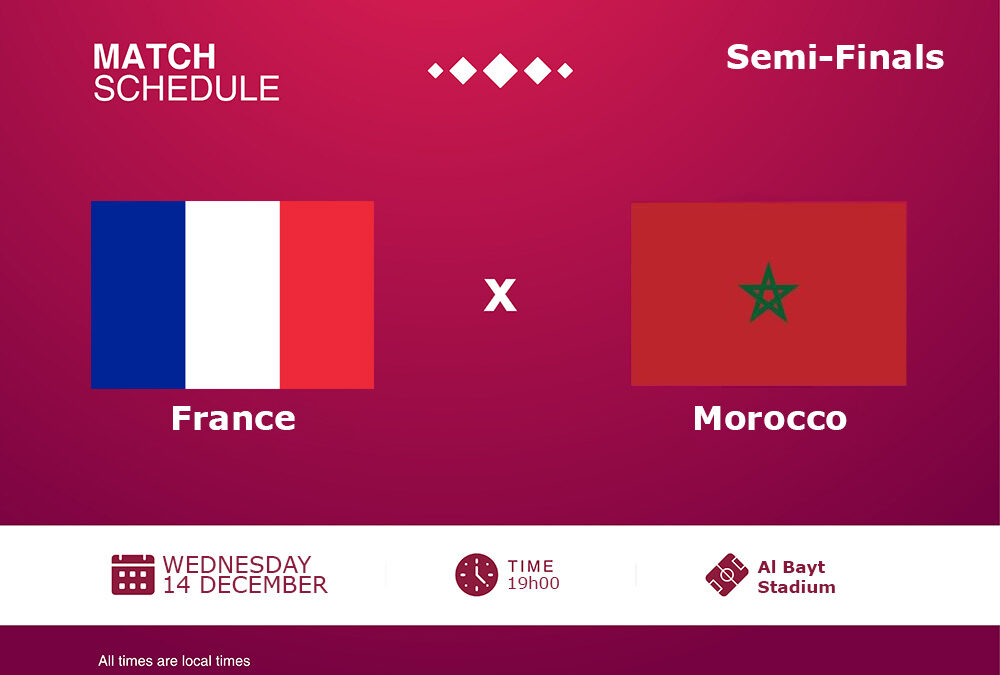 Who’ll be stronger this time and reach the final?

When and where will the France vs Morocco match be played?

In the quarter-finals, France beat England in a dramatic game. In this match, Giroud scored the winning goal. England got their chance to equal the score, however, Kane missed the penalty.

In the quarter-finals, Morocco beat Portugal and kept the record by not conceding a goal.

On the other side we have the main sensation of this tournament, Morocco. They are the first African country to reach the semi-finals. They show a stable and confident game, so far they’ve conceded only 1 goal, and that was an own goal. So, no other team has scored against them so far.

In this journey, they have already sent home Belgium, Spain, and Portugal .. France are the next trouble to the final, a team who’ll try to make history by winning the trophy for the 2nd time in a row. Only Italy and Brazil were able to win 2 consecutive trophies so far.

Though France are considered the favorites of the match, but, Morocco won’t give it up easily!

So, how will the match end and qualify for the next round? Share your thoughts in the comments!