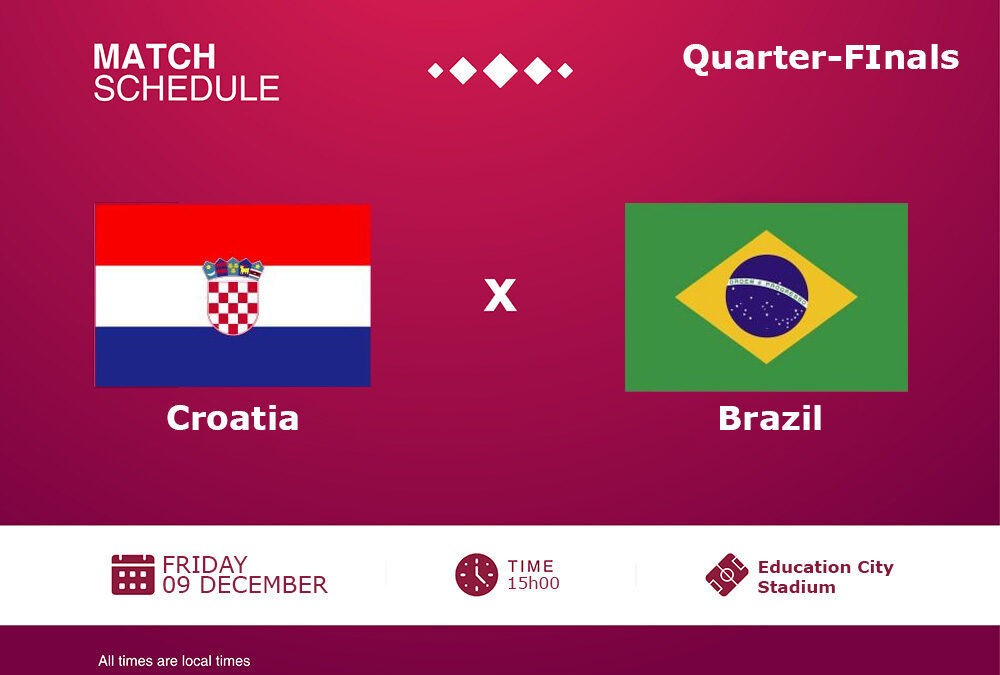 In the World Cup 2022 Quarter-finals, one of the tournament favorites, Brazil will face World Cup 2018 runners-up Croatia.

When and where will the Croatia vs Brazil match be played?

Croatia was 2nd in Group F with 5 points and won against Japan with penalties in the Round of 16.

On the one side we have the current World Cup runners-up, Croatia and on the other side, we have 5-time World Cup champions, Brazil.

These 2 teams have met 4 times before, 3 of which won Brazil and 1 time teams played a draw. In World Cups, teams played 2 matches and both times Brazil won.

Also this time Brazil are considered the favorites of the match. But, will Croatia give it up easily, and how will the match end?