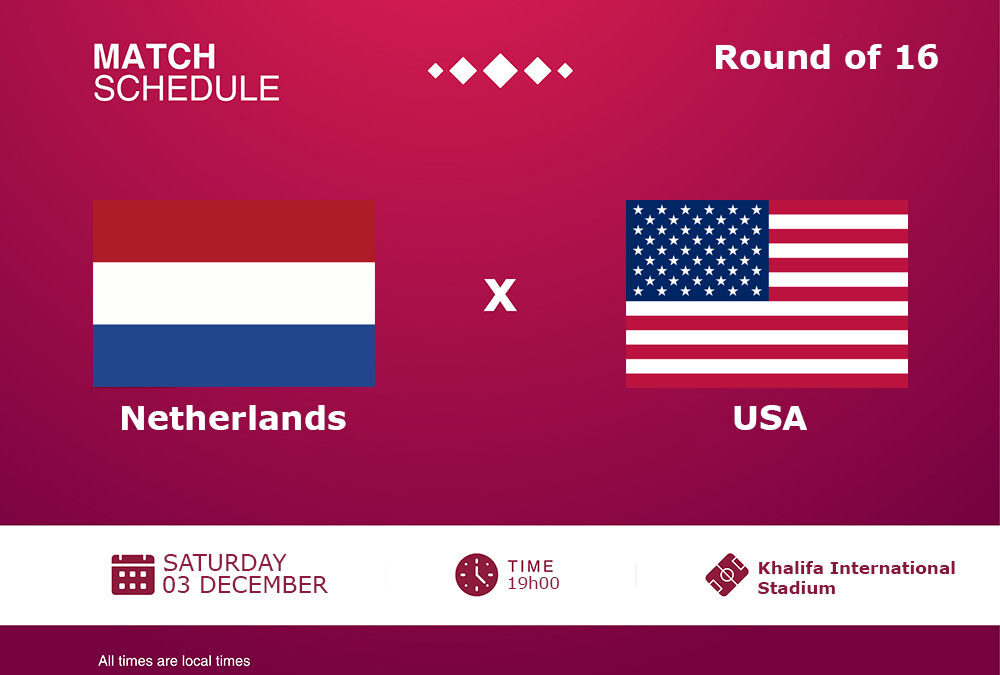 In the World Cup 2022 Round of 16, Netherlands will face the USA. Who’ll be stronger, will win and qualify for Quarter-finals?

When and where will the Netherlands vs USA match be played?

Netherlands got the first place in Group A with 7 points, beating Senegal, Qatar and playing a draw against Ecuador.

USA finished 2nd in Group B with 5 points, beating Iran and playing draws against Wales and England.

On the first side, we have World Cup 3-time runners up, Netherlands and on the other side, there is the USA, a team full of eagerness to beat any opponent.

These teams have met 5 times before, and 4 of them were won by the Netherlands. Also this time, Netherlands are the favorites. By qualifying for Round of 16, they keep up their remarkable streak of progressing this round in every World Cup they have played in since 1934.

Though they have moved forward with only having 8 shots on target so far, it will not play any role in winning this match as well.

But, will the USA let them win so easily? We’d say no .. They don’t score a lot, mostly play a draw, but get the desired result in the end.

So, will Netherlands move forward and finally have a chance to fight for that desired trophy, or will the USA still have a word to say in this tournament?

To these and all the other questions, we will get answers on Saturday, 03 December!