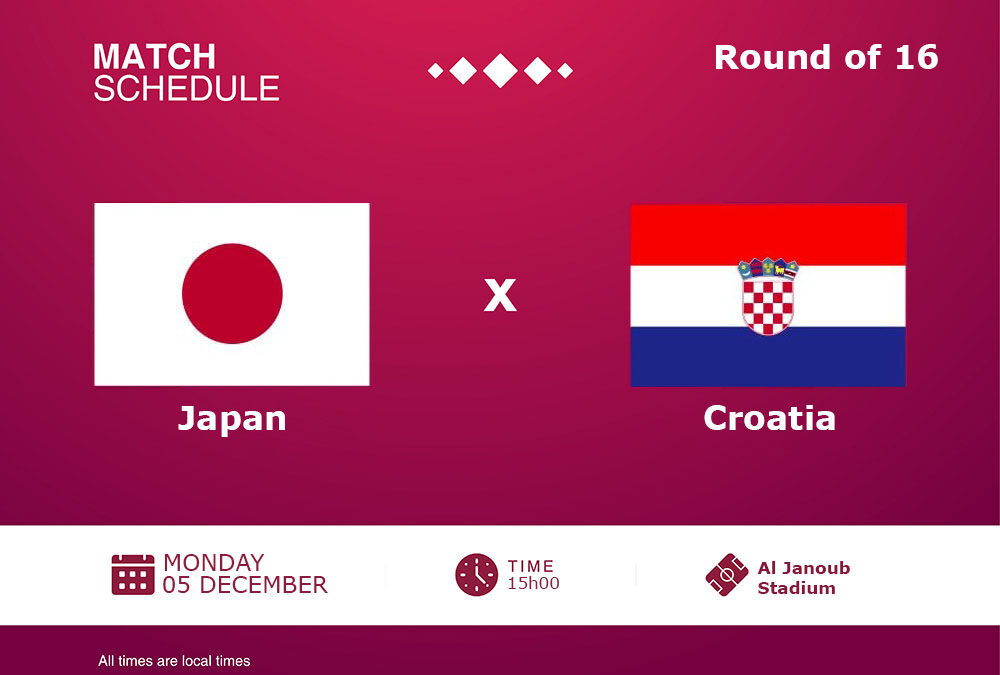 For a place in the World Cup 2022 Quarter-finals, Group E winners, Japan and Group F and current World Cup runners-up Croatia will fight against each other.

When and where will the Japan vs Croatia match be played?

On the first side are Japan, a team who won the 2 favorites of the World Cup tournament, Germany and Spain, and sent Germany home from the group stage.

On the other side are the current World Cup runners-up, Croatia, who haven’t shown their full potential so far.

Japan are the biggest surprise of this tournament, they have already beat 2 top Nationals, showing they are ready to beat any opponent, especially a strong one. So, Japan are considered the favorites of this match.

However, a lot await another triumph from Croatia, so they’ll not give it up that easily.

Will Japan continue their spectacular journey or Croatia will keep going for another success in their football history?

To these and other questions, we’ll get answers on Monday, 05 December.