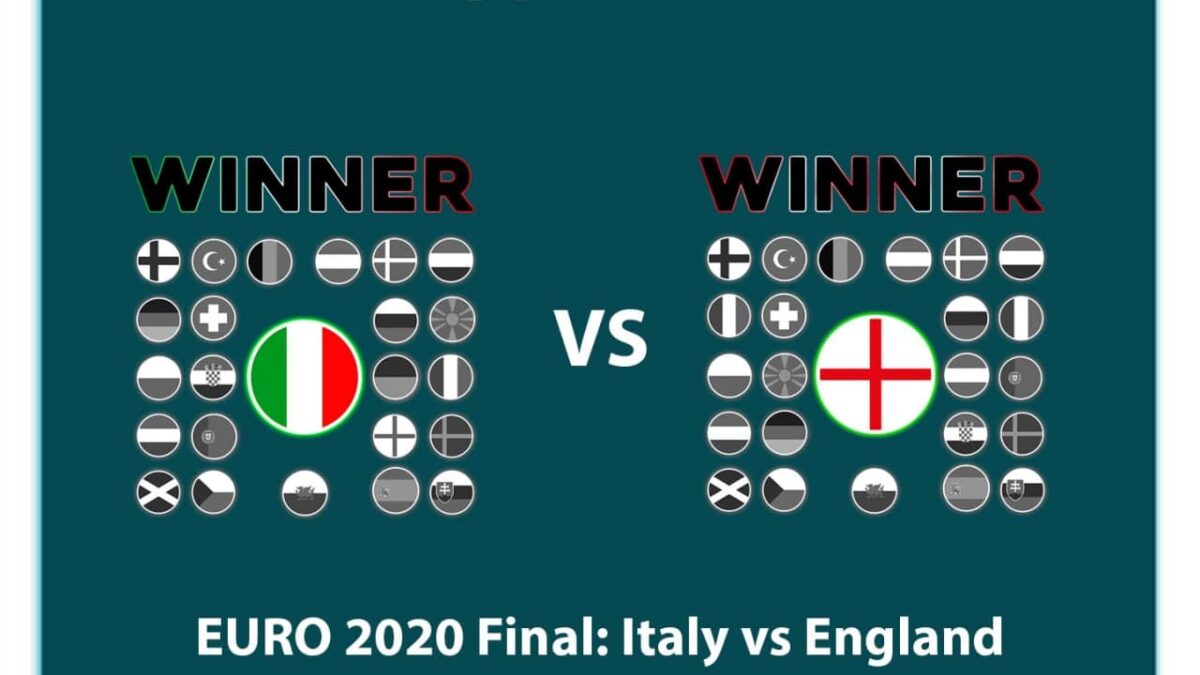 EURO 2020 is coming to the end. Lots of emotions, victories and losses, goals and new records.

This EURO was full of records and unbelievable results. 24 teams were fighting for the trophy of the best European National team and only the most resistible teams have reached the final.
FootbalL

And the only question left us to know is “Who will win the EURO 2020?”

Italy vs England: Head to Head

Let’s have a look at the history a little bit.

Italy and England have met for 27 times so far.

In European Championships the sides have met for 2 times (not including today’s final). First time was in 1980, when Italy won 1-0. Second match was played in EURO 2012, where in 1/4 finals Italy won with penalties 4-2.

In group A, Italy won all 3 matches (Turkey, Switzerland and Wales) and with 9 points, 7 scored and 0 conceded goals moved to the 1/8 finals. Here, Azzurri won Austria 2-1. Next was Belgium: 2-1, and in 1/2 finals Italy won Spain with penalties.

In group D, England won Croatia and Czech Republic, played a draw against Scotland, and with 7 points, 2 scored and 0 conceded goals reached the 1/8 finals. Here, England won Germany 2-0, next was Ukraine: 4-0, and in the 1/2 England won Denmark 2-1.

Who will be stronger today? Who will win the EURO 2020? We will find out today!

Btw, which team do you support today?