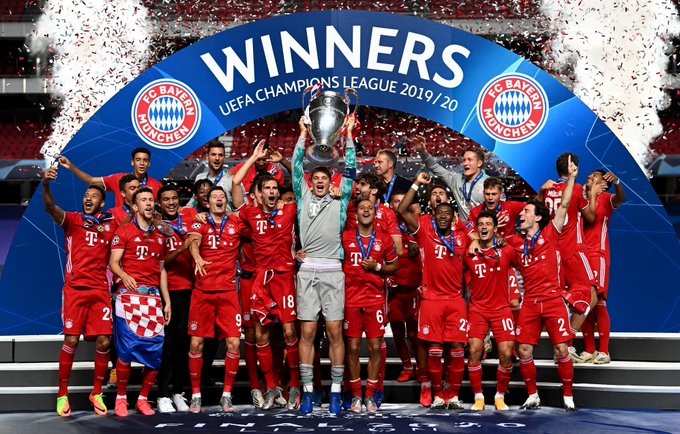 And here is how the champions reacted to the victory.

Hugging, dancing with the trophy, .. anything one can imagine!

Some of the footballers’ reactions to the Champions League final match.

Robert Lewandowski on Twitter: “Never stop dreaming. Never give up when you fail. Work hard to achieve your goal!”

Leon Goretzka: “History. Made in Munich. Written in Lisbon.”

Also Basti Schweinsteiger, ex Bayern and Germany National midfielder had some nice words for the new European champions: “There it is! You have definitely earned this trophy, Bayern
– an indescribable feeling that I like to think back to day after day! Winking face Greetings to Lisbon and enjoy this very special moment!”

Check out also the complete list of the Champions League Winners.