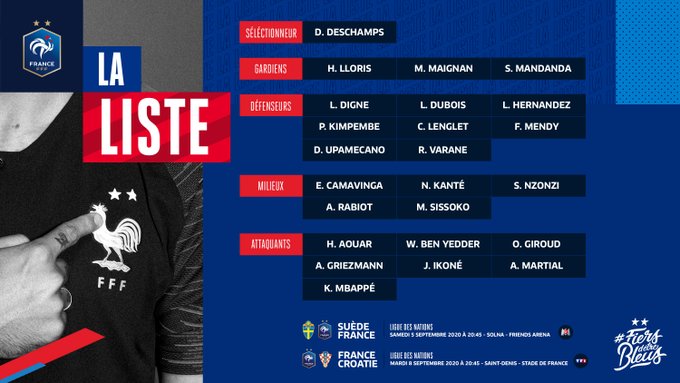 France National Football Team Squad for Upcoming Matches: Paul Pogba is Out Due to Covid-19

France National football team manager Didier Deschamps has named the list of the squad for the UEFA Nations League matches against Sweden and Croatia.

Manchester United midfielder Paul Pogba is not in the list due to the Covid-19 positive test, La Gazzetta dello Sport reports. In his place, Didier Deschamps has called up 17 years old Edouardo Camavinga. French central midfielder, Adrien Rabiot has also been called up for the National matches, despite not being in the best relationship with the national team.

Here is the complete list of the France National for the upcoming matches: