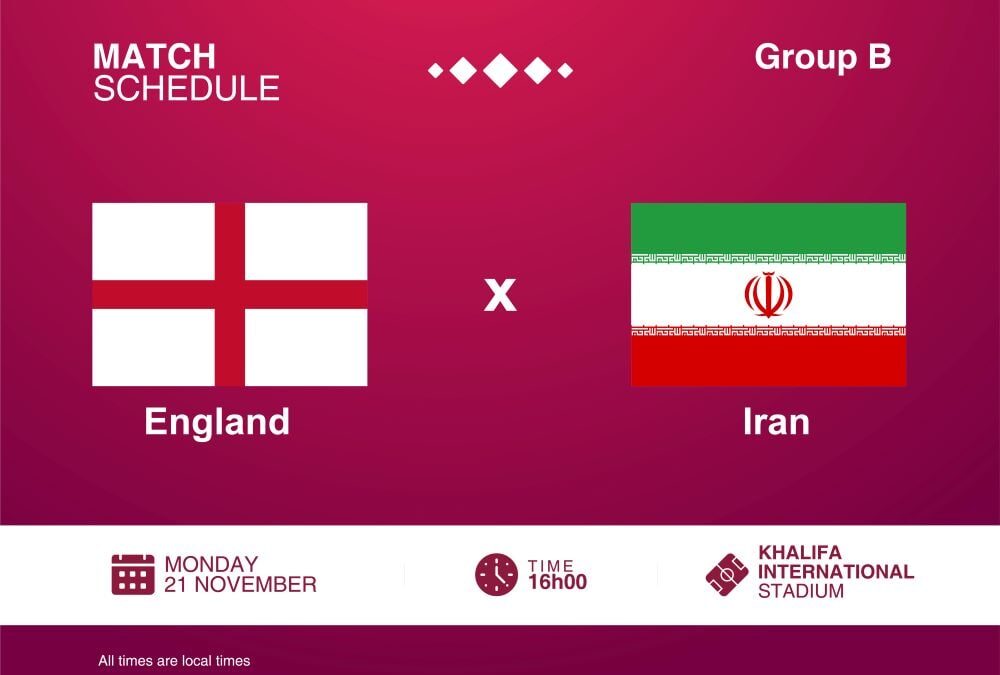 One of the tournament favorites, England, will start the World Cup 2022 with the match against Iran at the Khalifa International Stadium.

England reached the World Cup 2018 semi-finals, losing it to Croatia, and during the EURO 2020 last year, they reached the final, where Italy won 3–2 on penalties.

They breezed through qualifying for Qatar 2022 with the best goal difference in the group stage of European qualifiers, scoring 39 and conceding only 3.

In the meantime, Iran are competing in the World Cup final tournaments for the third time in a row but are facing an uphill battle to finally progress beyond the group stage.

So, let’s have a closer look at this match, what to expect from it, who has better chances to win, etc.

Their best ever performance is winning the cup in the 1966 tournament held in England; they also finished in fourth place in 1990 and in 2018.

England Journey to the World Cup 2022

England were drawn in Group I of UEFA’s FIFA World Cup qualification round.

In 10 matches, England won 8, played 2 draws, and with 26 points finished the group on the first place.

England Squad for the World Cup 2022

Iran Journey to the World Cup 2022

Unbeaten in Group A, Iran finished the group with 18 points. In 8 played matches, Iran won 6 and lost 2 matches.

England are obvious favorites, and not only to win the match against Iran, but also to win the tournament.

Thanks to the results in the last 2 top tournaments, confidence is high that England can get going with three points.

However, beating Iran will not be an easy task, especially considering their results during the qualification round.

What about you? What do you think, how will this match end? Let us know in the comments!