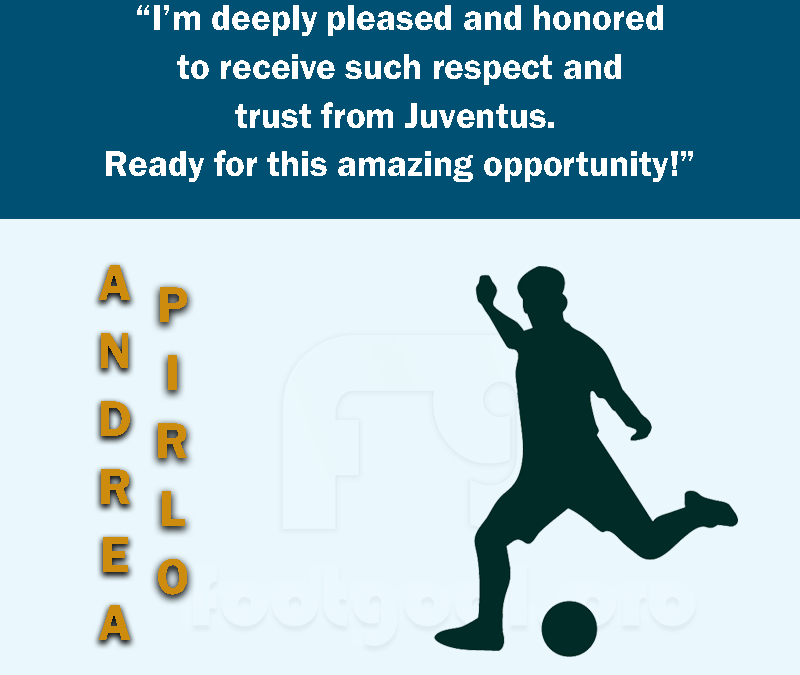 There have been expressed some interesting opinions regarding this news. The Italy national team manager, Roberto Mancini said: “Pirlo is lucky. He starts from the top and with the best team.” He added that he’d count on Pirlo: “He has great knowledge of football.”

On the other side, Pirlo’s ex teammate, Gennaro Gattuso said: “Well he’s screwed now.” “He is lucky to be starting at Juventus, but this profession is one where a great playing career is not enough. You have to study, to work hard, and you don’t get much sleep.”

Opinions aside, but where is he going to start from in his new role? What’s going to be changed and who’’ll be left or come in the team? Let’s find out together.

Pirlo also has an eye on some players that he wants to see at Juventus. Alvaro Morata could become Pirlo’s first signing as a coach, who’d replace Higuain.

Emerson Palmieri and Luca Pellegrini are among the defenders Juventus target to sign.

Hence, the coach will rid of the “useless” players, getting the best possible replacements for the needed positions.

But what will it result in and can Maestro in the field become Maestro on the bench? Can he lead Juventus to their third Champions League title? The time will show!