Robert Lewandowski plays for German Bayern Munich since 2014 and Poland National team since 2008.

Lewandowski began his football career playing for Delta Warsaw, then joining Legia II, and a year later, Znicz Pruszkow. The last Polish club he joined was Lech Poznan, where after spending two years, Lewy joined Borussia Dortmund in 2010 for €4.75 million.

His first goal Lewandowski scored against Schalke 04 (3-1 for BVB) and in the 2011–12 season, Lewandowski got a place in the starting due to the Lucas Barrios’s injury and he used his chance.

Lewandowski scored his first hat-trick in Bundesliga against FC Augsburg in a victory, 4-0 on October 1.

In 2014, Lewandowski joined Bayern Munich for free. So far, he has played 291 matches and scored 247 goals for German champions.

“Never stop dreaming. Never give up when you fail. Work hard to achieve your goal.”

“For some moments, there are simply no words.”

“As a striker, you are playing against big defenders. They try to throw you around. I try to play in behind them, and I need power. I know that I have to go to the gym and train. I train all the time.”

“I cannot say who is better between Messi and Ronaldo. Because they are different players. Both are superstars.”

“For everyone coming to the Oktoberfest in Munich, it’s a great experience when Bayern Munich scored a win and four goals.”

“I don’t read articles about myself. I try to distance myself from it. Reading about yourself is nice, but in the long run, it doesn’t help.” 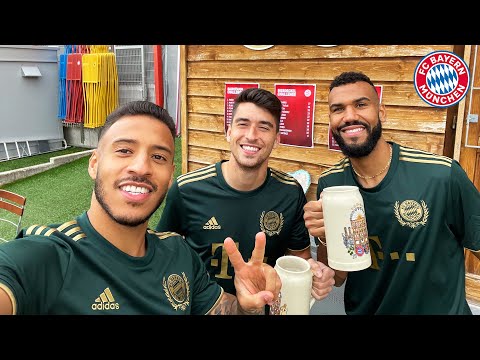